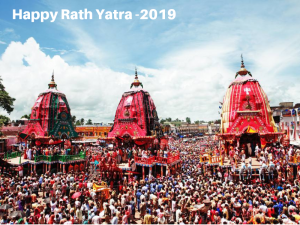 Puri Jagannath Ratha yatra is one of the world-famous chariot festivals of Orissa. This is an annual event. This Festival is celebrated on Ashadha Shukla Paksha Dwitiya according to the traditional Oriya Calendar. It is dedicated to Lord Jagannath, his sister Goddess Subhadra and his elder brother Lord Balabhadra. This Festival is called Gundicha Yatra, Chariot Festival. Celebrate the Rath Yatra 2019 on 4th July date.

Important Dates of the  :

This year Attactaction of the Rath yatra is Flower decoration of Shri Mandir. Have a look this 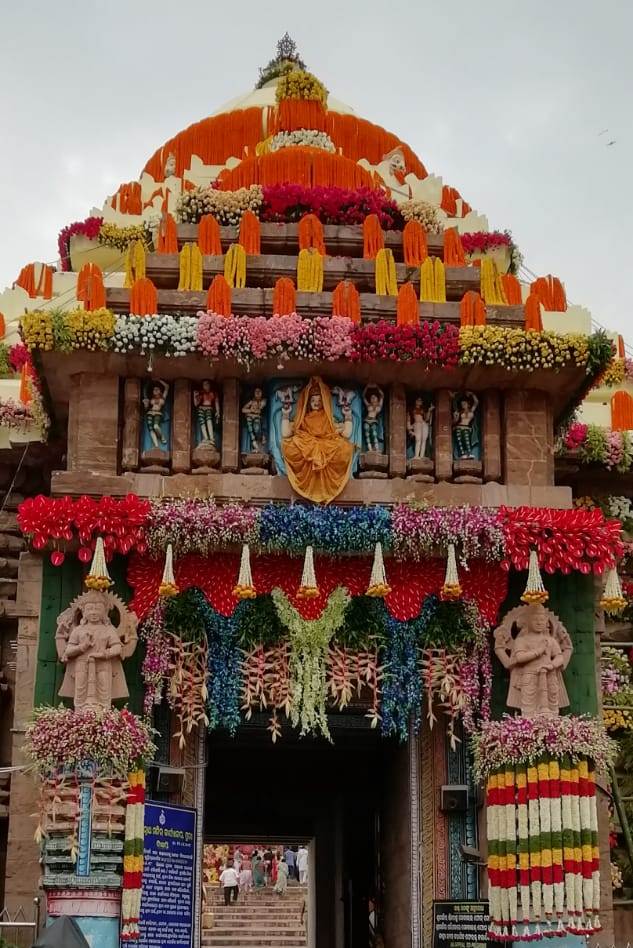 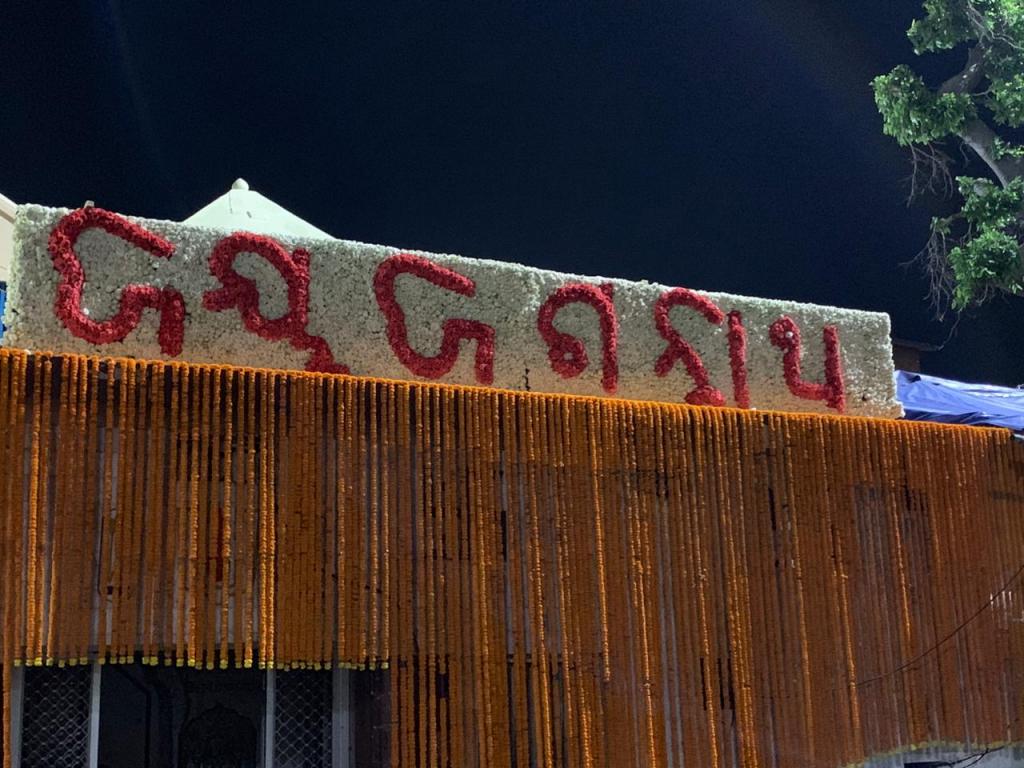 Why Rath Yatra is Celebrated?

Every year the Lord Jagannath with his siblings take a cooling bath of  108 pots of water when they were unable to bear the heat inside the temple. This happens on Snana Purnima. Because of bathe, they fall ill every year and are kept in a recovery chamber called anasar ghar. Here Vaids (doctors) and the priests look after them and they are fed herbal medicines and khichdi which good when you are sick. When they recover they wish to eat the food cooked by their aunt Gundicha, whose house is a little away from his temple. So Jagannath, with his siblings, steps on his grand chariot and makes his way there. This is the start of the famous nine-day Jagannath Rath Yatra, visit their aunt and in this way.  It is also believed that deities come out of their abode to meet their devotees, even the ones that are not allowed inside. 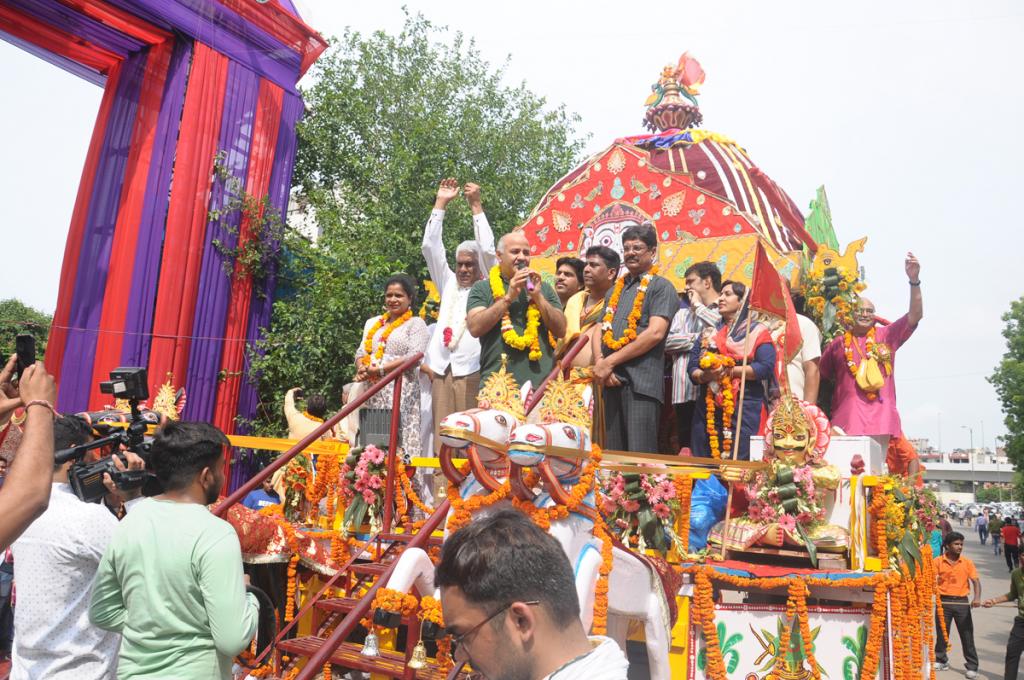 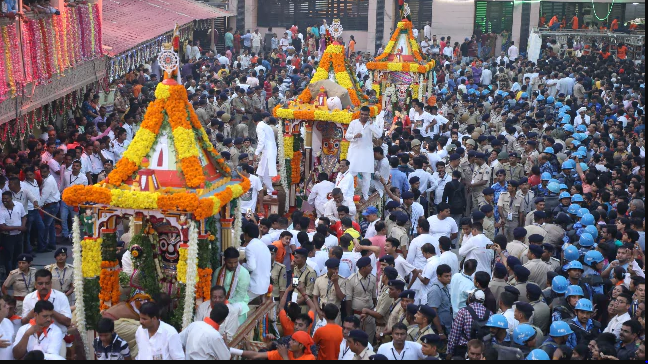 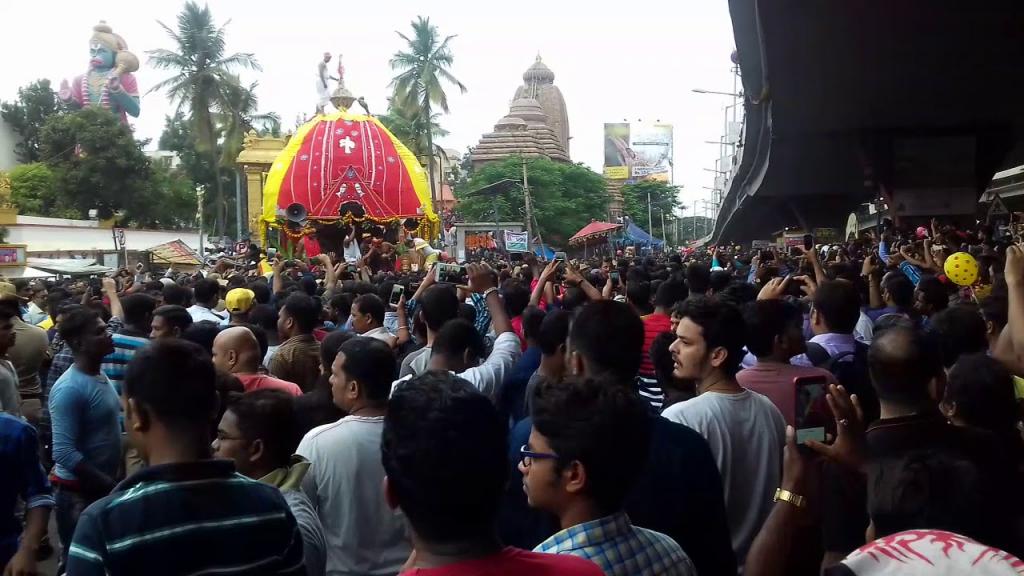 Hotel Near by Temples :

There many Hotels nearby the Temple. you can choose as per requirements. Here you can check with MakeMyTrip, Tripadvisor,  Oyo Rooms, You can also compare the hotel price at Trivago

Places to Visit near Jagannath Temple :

Many beaches and temples are there at and near Puri. Puri beach, Konark temple, Konark beach,  Chilika Lake, Sakshigopal temple, Pipili village, Shree Loknath temple and Gundicha Temple are some of the popular attractions near Jagannath temple, which must be visited.

Puri is 60km away from Bhubaneswar Airport, Odisha. So for Flight travelers, you can book a ticket to Biju Patnaik International Airport and book cab or taxi (Ola Outstation) or reach nearby bus stop from where you can find both AC and NON-AC bus regularly.

If you are traveling by train or Bus, Temple is just 2km from Puri Railway station and 2.5km from the bus stand. You can travel by walk or be using battery auto or rickshaw. Don’t go by auto as it will drop your 1km away from the temple.

If you have Google Maps app you can navigate and measure the distance to your place from this link.

You can check  Puri Jagannath Temple darshan timings, How to reach full guide.